AKA “El Padre” has been working with youth since his high school days. Nowadays he does this giving talks, retreats and spiritual direction to youth all over, but especially in the S. Bronx through Corazón Puro. He is originally from South Texas and came to NYC for University back in the day. He went to P.SJ.A. High school where he was voted “Most Spirited Senior” by his high school friends. Fr Agustino was a football player with the ‘Battlin’ Bears’ and also very successful in Drama and Forensics. He attended Seton Hall university where he received a scholarship for the Brownson Public Speaking and Debate team where he placed nationally in a few events. He was also the ‘Pirate” Mascot for the Seton Hall Basketball team (shhh).Fr Agustino went to school with Justin Fatica and Brian Greenfield (actually met them playing intramural football) and plugged in with prayer for the University in the chapel of Boland Hall. He graduated Cum Laude in 1998 then went to work paying back college debt. His job was driving around Fr Benedict Groeschel for a year. Here he learned all sorts of things like working hard for the poor, how to drive like a taxicab driver and where he was really called to through the guidance of his spiritual father, Fr Benedict.

He joined the Franciscan Friars of the Renewal (CFR) back in 1999 and now serves as a member of the General Council for his community. As a franciscan Fr Agustino has been involved in initiating a number significant apostolates of the friars. He assisted rebooting the Youth for Christ program in the South Bronx launching an acting class where the youth wrote and acted in their own plays. In Honduras the ‘Padre’ was director of an initiative to build chapels in mountain villages, while also organizing a food program to the poorest families there. When he returned from the missions the brothers were trying to rework their monthly holy hour apostolate. What developed was Catholic Underground which Fr Agustino helped to co-found and he was the longtime emcee and talent scout. In seminary Fr Agustino was blessed to have been taught with some legendary professors. Among them was Avery Cardinal Dulles who served as advisor for his Master Thesis project: “Person, Sex and Society: John Paul II’s Theology of Culture”an in depth examination into the method of John Paul II’s for societal change through an integral view of the dignity of every human person. He founded Corazón Puro with the help of Odet Bisono in the South Bronx in 2008. He founded Latinos por La Vida in 2013. Fr Agustino serves the Archdiocese of New York on the Hispanic Advisory Board, the Young Adult outreach Board and serves as the Region II Process and program committee head for the V Enceuntro of the USCCB. He currently is assigned as an itinerant preacher and calls his mom on her birthday. 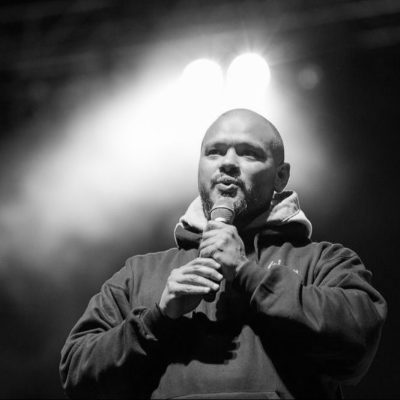